What is Crohn’s disease?

Crohn’s disease is a disease that causes inflammation, or swelling, and irritation of any part of the digestive tract—also called the gastrointestinal (GI) tract. The part most commonly affected is the end part of the small intestine, called the ileum.

The GI tract is a series of hollow organs joined in a long, twisting tube from the mouth to the anus. The movement of muscles in the GI tract, along with the release of hormones and enzymes, allows for the digestion of food.

Who gets Crohn’s disease?

The cause of Crohn’s disease is unknown, but researchers believe it is the result of an abnormal reaction by the body’s immune system. Normally, the immune system protects people from infection by identifying and destroying bacteria, viruses, or other potentially harmful foreign substances. Researchers believe that in Crohn’s disease the immune system attacks bacteria, foods, and other substances that are actually harmless or beneficial. During this process, white blood cells accumulate in the lining of the intestines, producing chronic inflammation, which leads to ulcers, or sores, and injury to the intestines.

What are the symptoms of Crohn’s disease?

The most common symptoms of Crohn’s disease are abdominal pain, often in the lower right area, and diarrhea. Rectal bleeding, weight loss, and fever may also occur. Bleeding may be serious and persistent, leading to anemia—a condition in which red blood cells are fewer or smaller than normal, which means less oxygen is carried to the body’s cells.

The range and severity of symptoms varies.

How is Crohn’s disease diagnosed?

A doctor will perform a thorough physical exam and schedule a series of tests to diagnose Crohn’s disease.

The tests below are performed at a hospital or outpatient center by an x-ray technician, and the images are interpreted by a radiologist.

What are the complications of Crohn’s disease?

The most common complication of Crohn’s disease is an intestinal blockage caused by thickening of the intestinal wall because of swelling and scar tissue. Crohn’s disease may also cause ulcers that tunnel through the affected area into surrounding tissues. The tunnels, called fistulas, are a common complication—especially in the areas around the anus and rectum—and often become infected. Most fistulas can be treated with medication, but some may require surgery. In addition to fistulas, small tears called fissures may develop in the lining of the mucus membrane of the anus. The health care provider may prescribe a topical cream and may suggest soaking the affected area in warm water.

Some Crohn’s disease complications occur because the diseased area of intestine does not absorb nutrients effectively, resulting in deficiencies of proteins, calories, and vitamins.

People with Crohn’s disease, particularly if they have been treated with steroid medications, may have weakness of their bones called osteoporosis or osteomalacia.

Some people with Crohn’s disease may have restless legs syndrome—extreme leg discomfort a person feels while sitting or lying down.2Some of these problems clear up during treatment for Crohn’s disease, but some must be treated separately.

Other complications include arthritis, skin problems, inflammation in the eyes or mouth, kidney stones, gallstones, or diseases related to liver function.

What is the treatment for Crohn’s disease?

Treatment may include medications, surgery, nutrition supplementation, or a combination of these options. The goals of treatment are to control inflammation, correct nutritional deficiencies, and relieve symptoms such as abdominal pain, diarrhea, and rectal bleeding. Treatment for Crohn’s disease depends on its location, severity, and complications.

Treatment can help control Crohn’s disease and make recurrences less frequent, but no cure exists. Someone with Crohn’s disease may need long-lasting medical care and regular doctor visits to monitor the condition. Some people have long periods—sometimes years—of remission when they are free of symptoms, and predicting when a remission may occur or when symptoms will return is not possible. This changing pattern of the disease makes it difficult to be certain a treatment has helped.

Despite possible hospitalizations and the need to take medication for long periods of time, most people with Crohn’s disease have full lives—balancing families, careers, and activities.

Cortisone or steroids. These medications, also called corticosteroids, are effective at reducing inflammation. Prednisone and budesonide are generic names of two corticosteroids. During the earliest stages of Crohn’s disease, when symptoms are at their worst, corticosteroids are usually prescribed in a large dose. The dosage is then gradually lowered once symptoms are controlled. Corticosteroids can cause serious side effects, including greater susceptibility to infection and osteoporosis, or weakening of the bones. See the “Nutrition Supplementation” section for more information about preventing and treating osteoporosis.

Antibiotics. Antibiotics are used to treat bacterial overgrowth in the small intestine caused by stricture, fistulas, or surgery. For this common problem, the doctor may prescribe one or more of the following antibiotics: ampicillin, sulfonamide, cephalosporin, tetracycline, or metronidazole.

Anti-diarrheal medications and fluid replacements. Diarrhea and abdominal cramps are often relieved when the inflammation subsides, but additional medication may be needed. Anti-diarrheal medications include diphenoxylate, loperamide, and codeine. People with diarrhea should drink plenty of fluids to prevent dehydration. If diarrhea does not improve, the person should see the doctor promptly for possible treatment with intravenous fluids.

Because Crohn’s disease often recurs after surgery, people considering surgery should carefully weigh its benefits and risks compared with other treatments. People faced with this decision should get information from health care providers who routinely work with GI patients, including those who have had intestinal surgery. Patient advocacy organizations can suggest support groups and other information resources.

The health care provider may recommend nutritional supplements, especially for children whose growth has been slowed. Special high-calorie liquid formulas are sometimes used. A small number of people may receive nutrition intravenously for a brief time through a small tube inserted into an arm vein. This procedure can help people who need extra nutrition temporarily, such as those whose intestines need to rest, or those whose intestines cannot absorb enough nutrition from food.

The doctor may prescribe calcium, vitamin D, and other medications to prevent or treat osteoporosis for patients taking corticosteroids. People should take vitamin supplements only after talking with their doctor.

Studies have shown that people with Crohn’s disease who smoke may have more severe symptoms and increased complications of the disease, along with a need for higher doses of steroids and other medications. People with Crohn’s disease who smoke are also more likely to need surgery. Quitting smoking can greatly improve the course of Crohn’s disease and help reduce the risk of complications and flare ups. A health care provider can assist people in finding a smoking cessation specialist.

Is pregnancy safe for women with Crohn’s disease?

The National Institute of Diabetes and Digestive and Kidney Diseases’ (NIDDK’s) Division of Digestive Diseases and Nutrition supports research into digestive conditions, including Crohn’s disease. NIDDK researchers are studying the influence of genetics in Crohn’s disease. More information about this study, funded under National Institutes of Health (NIH) project number 5RC1DK086502–02, can be found atwww.projectreporter.nih.gov. NIDDK researchers are also studying ways to deliver medications directly to the site of inflammation that might be more effective than current treatments for inflammatory bowel disease. This study is funded under NIH research development grant number R24DK–064399. 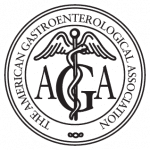